As technology has evolved ever more rapidly over the past 20 years, Stephen Grimes says, too many healthcare technology management departments have fallen behind the curve. They have become, he says, like “blacksmith shops trying to support a Boeing 787.” 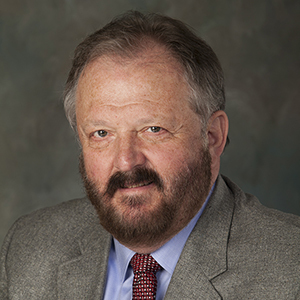 HTM departments are well aware of the convergence of clinical engineering and networking technology, according to Grimes, the chief technology officer for ABM Healthcare Support Services. “The reality is that the technologies have converged” and the two “communities must collaborate.” The challenge, he says, “is how best to do it.”

For Grimes, the answer lies in the development of a new standard, the topic of his upcoming AAMI annual conference session, “A Roadmap to Building an Integrated Medical and Information Technology Service Management Standard.” At his session, Grimes says, he will not only introduce the concept to those unfamiliar with it, but will also “try to engage people, and gain people who will agree to participate in the process” of creating a standard.

The IT and CE communities “need to identify some common sets of practices to work effectively together to ensure that there are no gaps in support,” he explains. Key standards that the IT community has adopted, such as ISO 20000 and ITIL, he says, offer a good starting point for an integrated standard. “If you take a look at the services they have adopted, they line up pretty well with what we try to do in the HTM community. Often the biggest thing that differentiates us is the nomenclature. So some of us feel that if we can take an ITIL and ISO 20000 standard and adopt and adapt it in a way that lays out the appropriate touch points between the two communities, this will facilitate better cooperation.”

Such a standard would be particularly useful for the many HTM and IT departments that are being asked either to merge or to more closely collaborate, he says. “This standard would map out how to more effectively do that.”

Asked how quickly a new standard could be introduced, Grimes says it could be relatively soon. The first key milestone will be obtaining a sponsor, such as AAMI or HIMSS. Once that happens, he says, the rest of the process will move ahead swiftly.

The need for a standard will only become more urgent with time, Grimes says. “The longer we go without some sort of roadmap for collaboration,” the more obvious it will be that the way the two groups are working together now is a “hodgepodge.”

What's in a President? AAMI Has a Few Ideas